Although South-East Asia is commonly praised for its delectable street food, deep-rooted culture and a diversity of landscapes, diving fanatics love going here for the treasures under the sea surface. Large parts of this region are encompassed by the Coral Triangle, an extensive network of coral reefs and often seen as the holy grail for scuba divers within the community.

So if you’re planning to add a pinch of underwater magic to your upcoming journey through South-East Asia then read on. Here are 10 of the most breathtaking dive destinations in Southeast Asia.

Raja Ampat already looks striking from above, as this remote archipelago has unique limestone formations and secluded bays. But in the pale blue ocean below, the true secret of Raja Ampat reveals itself.

This crown jewel of the West Papua region is a sanctuary home to over 1300 species of fish and 75 per cent of all coral species found worldwide, the latter making it a home for even more species of small critters. This macro heaven is also an excellent destination for those who are after large pelagic fish; your chances of encountering schools of barracudas and massive bumphead parrotfish are significant.

In the mangrove forests, it’s worth looking out for the rare and elusive dugong, one of the 17 marine mammals found in Raja Ampat. In terms of biodiversity, Raja Ampat can be considered the underwater equivalent of the Amazon rainforest; it’s rivalled by very few dive destinations on the globe.

What Raja Ampat is to Indonesia is the Tubbataha Reef to the Philippines; the pinnacle of diving excitement and a haven to countless species of marine creatures. This protected area in the middle of the Sulu Sea measures 968 square kilometres and is known for its pristine and shallow coral reefs. It is inhabited by approximately 700 fish species and 360 hard and soft coral species.

The Tubbataha Reef has something for each type of diver; macro lovers can expect fans, sponges and vibrantly coloured soft corals. But the reef walls are also occupied by large species like reef sharks, turtles, and even spectacular hammerhead sharks. Keep in mind that the Tubbataha Reef is more challenging to reach than most spots on this list, as you’ll need to join a multi-day liveaboard cruise to explore this remote paradise.

Just off the coast of eastern Borneo lies Pulau Sipadan (Sipadan Island), a prime dive destination within Malaysia. Scuba divers going here can expect huge species in huge numbers, as Sipadan is a gathering place for fish drawn by the strong currents and nutrient-rich water.

With a total of 12 sites, Sipadan offers a variety of waterscapes and some fun species spotting. Get ready to meet massive schools of barracudas, gentle sea turtles grazing the coral reefs, large ray species, and even the largest fish in the world: the whale shark.

Sipadan is famous for the sublime visibility (up to 50 metres), allowing divers to fully grasp the number of fish around here. Some of the dive sites around this island come with strong currents and depths exceeding 30 metres, making this a destination for more experienced scuba divers.

Pipefish, tomato clownfish, and frogfish are some of the eye-catching small animals here. At the same time, hefty species like Napoleon wrasse, black-tip reef sharks, manta rays, and giant trevallies often show up.

It’s worth taking a boat trip to Richelieu Rock, a remote underwater cone that’s bursting with life. A diver’s heart will beat faster by the viewings of cuttlefish, groupers, barracudas, and manta rays, while the vivid hard corals also provide a shelter for smaller species. Although occasional, whale sharks also tend to pass by this underwater rock formation.

You may like:
Tips for Planning Your First Scuba Diving Holiday

The Bunaken National Marine Park is an aquatic reserve in the northern part of the Indonesian island Sulawesi. It’s a superb location for dive enthusiasts, as the water around this park contains a healthy population of hard and soft corals. This provides a nurturing space for all types of marine species, from multicoloured sweetlips to nudibranchs and butterflyfish.

Big groups of jacks, groupers, and triggerfish are regularly seen floating above the reefs, and so are common dolphins and hawksbill turtles. The latter is especially common at Lekuan, a dive site with a majestic drop into the depths. The Bunaken National Marine Park is home to 5 major islands and a grand total of 40 dive sites, leaving enough variety for beginners and advanced scuba divers. Unlike other destinations on this list, Coron Island in the Philippines is primarily known for its world-class wreck diving. Roughly a dozen of Japanese warships were bombed here during the Second World War, most of which are within reach for recreational divers nowadays. The Okikawa Maru is one of the most accessible wrecks at this archipelago because the deck lies only 10 to 12 metres below the surface. Hard and soft corals have latched themselves onto the deck and interior, and small reef fish have now made a living room out of old engine rooms.

The Lusong Shipwreck is another accessible site at very shallow depths, but for a more challenging dive, head over to the stellar Irako Shipwreck. Tunas, groupers and vivid lionfish often roam around at this wreck that’s positioned between 25 and 40 metres below the surface. If you’re into technical diving in a unique environment, Coron should be on your wishlist.

The Wakatobi National Park is located in the Coral Triangle’s heart, just southeast of mainland Sulawesi. Wakatobi is known for its rich coral life, providing food and shelter for countless species. But there’s more to this destination than multicoloured polyps, as you’ll most likely get accompanied by moray eels, sea turtles, sea snakes, blue-spotted rays, and cute pygmy seahorses. The House Reef and Roma are some of the best dive sites, where corals, nudibranchs, and sea fans create a magical colour palette.

Koh Tao is one of Thailand’s most popular locations for snorkelling and scuba diving. This modestly-sized island in the Gulf of Thailand has established infrastructure for divers, with numerous resorts offering classes and courses. The reason becomes apparent when you put on a mask and regulator, as the Gulf of Thailand here contains an exciting array of shrimps, nudibranchs, and colourful reef fish like the yellow boxfish and triggerfish.

Chumphon Pinnacle is a favoured dive site near Koh Tao, as the magnificent giant grouper and schools of barracudas and jacks reside here. Another neat spot is the Junkyard Reef, where corals have been planted on objects to make it into a coral nursery.

Balicasag is proof that a tiny spot above the sea surface can actually be encircled by a prosperous marine utopia. Balicasag is part of the Visayas region and located in the Cebu Strait, a water channel with rich biodiversity and alluring dive spots. This isle off Bohol is a beginner-friendly location for diving, with coral gardens and walls dropping only from several metres deep.

Variations of soft coral give the dive sites their vibrant shades, while the fish and invertebrate species are evenly interesting. Concealed scorpionfish, the captivating trumpetfish, and sea turtles are just some of the lovely species you can come across here. The dive site Marine Sanctuary is excellent for seeing enormous schools of bigeye trevally, while the Cathedral is known for shark sightings and coral beds.

Between the large Indonesian islands of Sumbawa and Flores lies Komodo National Park, home to beaches, monstrous lizards, and treasured wildlife in the water. While cruising to your dive spot, you may already spot gigantic pods of dolphins or swarming fruit bats.

Many avid scuba divers have Komodo somewhere on their dive wishlist, as this unique habitat hosts species like the manta ray, reef sharks, turtles, and devil rays. The dive site Castle Rock instantly impresses as soon as you see the popping corals and neon fish, while the vast coral gardens at Pengah Kecil are a feast for the eyes.

Whether you’re planning to get certified or you’re a seasoned diver looking to scratch some pilgrimage dive sites off your list, South East Asia is a marvellous region to look into. Mainly Indonesia and the Philippines have a large conglomeration of dive spots, but Thailand and Malaysia have excellent locations as well. 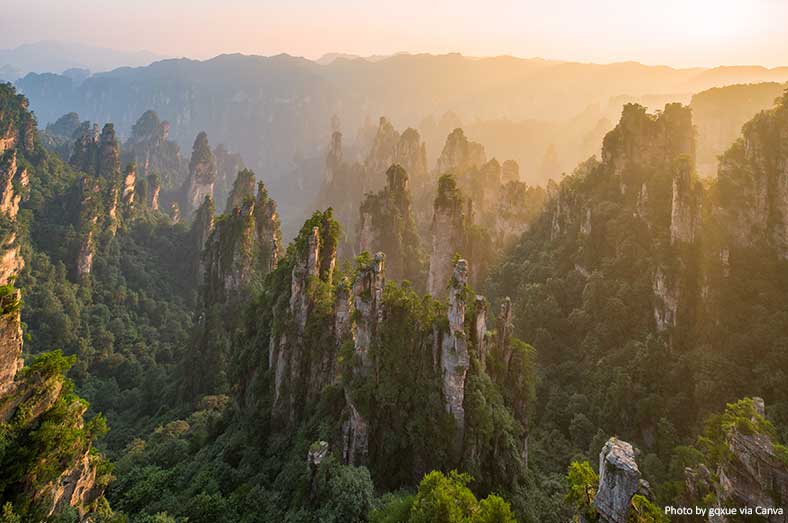 10 Incredible and Best Places to Visit in China 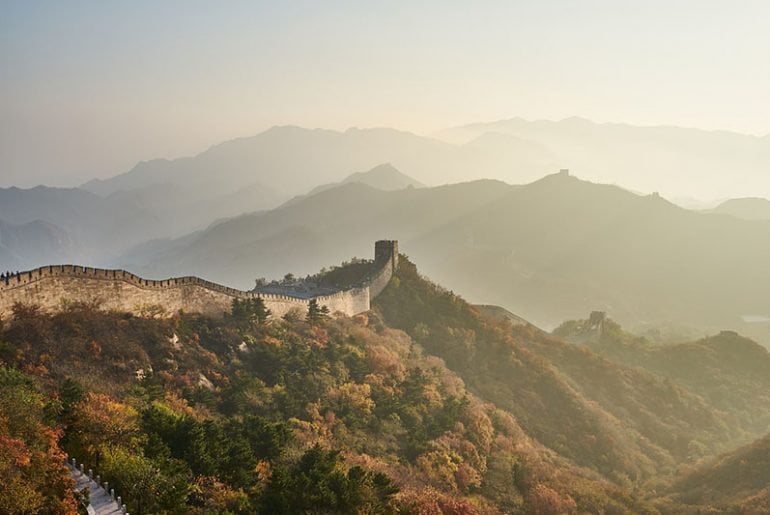 10 Things to Know When Planning a Trip to China 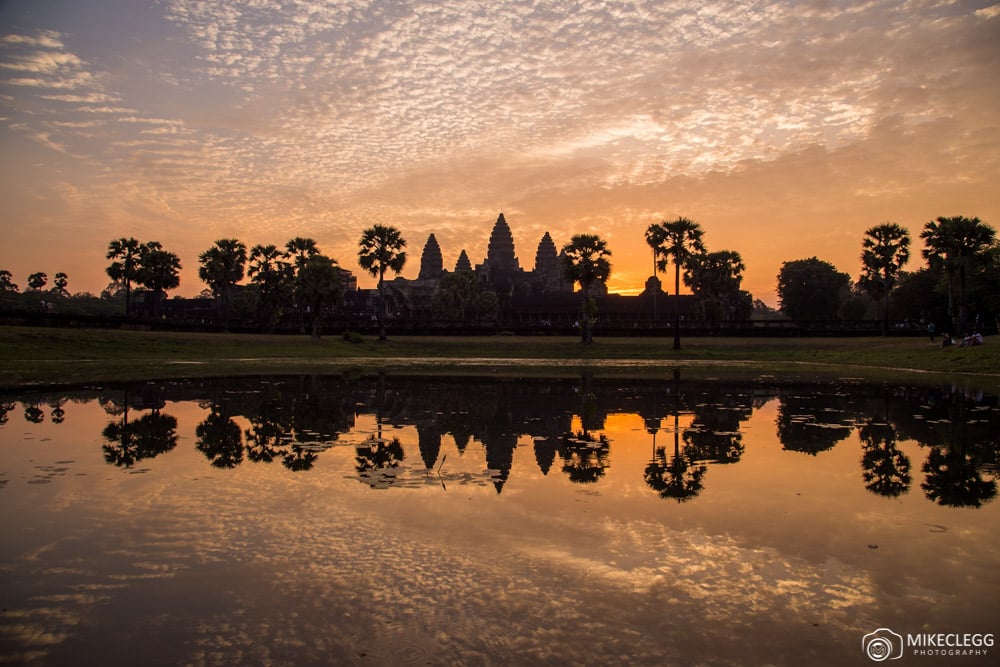