Home » Blog » 10 Incredible Towers to See Around the World 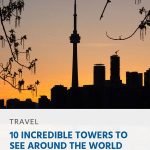 Over the centuries and around the world huge towers have been popping up. These seem to be getting taller and taller as well as having more unique and creative designs. Building towers that are hundreds of meters tall is no mere feat and requires the skills of the best architects and construction workers. Therefore one should take a moment and appreciate these incredible buildings as well as visit the observation decks for views that wouldn’t otherwise be possible.

Here are 10 incredible towers to see around the world.

At a height of 553.33 meters (1,815 ft) the CN Tower dominates Toronto’s skyline. Completed in 1976 the CN Tower was once the tallest tower in the world until 2010. At night the tower is lit up in changing colours and during special times of the year such as New Year’s Eve there are often fireworks that shoot from the top and main capsules.

To really make the most of the CN Tower shoot up the elevators to the observation decks located at 342m, 346m and the SkyPod at 447m. From here you’ll be able to enjoy epic views of the city’s skyline.

For those wanting some sky-high dining then check out the 360 Restaurant where you’ll be able to enjoy delicious food whilst gazing out at the city below. A bonus of dining is that you can then venture down to the main observation decks after your meal. 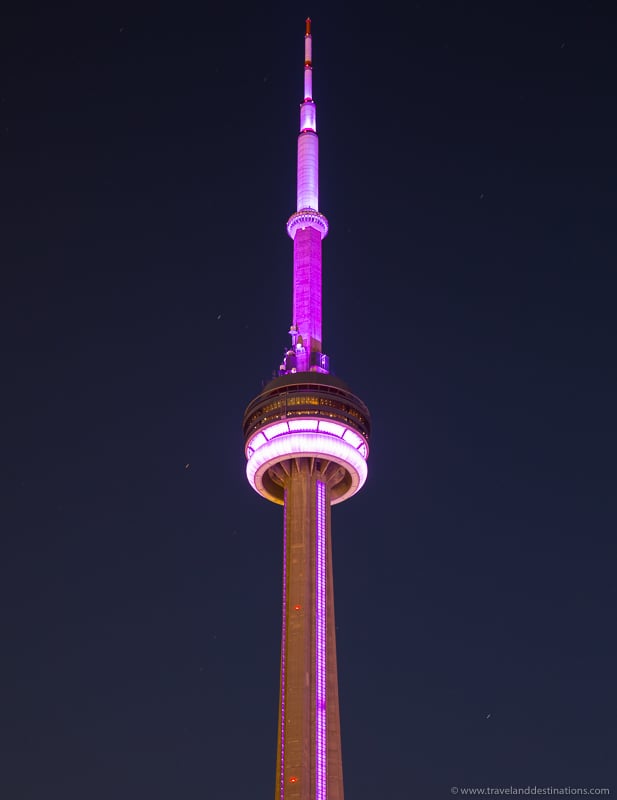 Towering high over the Tokyo Skyline, the Tokyo Skytree stands at 634 meters (2,080 ft) and was completed in 2012. On November 17th 2011 it was named as the tallest tower in the world. The tower was built to help increase the broadcasting capacity and range for the city due to the ever-increasing height of other buildings.

At night the structure is lit up which complements its creative and mesh exterior. There are various lighting colours and sequences which are based on an LED lighting system and is said to be of environmental design.

For dazzling views of Tokyo you can zip up the super-fast elevators to floors 350 and 450 and here you’ll be able to see for miles in all directions.

TIP
You can book your tickets in advance through getyourguide.com.
ADVERTISEMENT
CONTINUE READING BELOW

Completed in 1995 and at 421 meters (1381 ft) high the KL Tower offers some of the best views of Kuala Lumpur. It was built to help with the telecommunication demands of the city. It still serves this purpose with several floors acting as a broadcasting station working alongside the huge 86 metre antenna.

The Tower also has an observation deck, revolving restaurant and even a Megaview Banquet Hall allowing those with a head for heights to enjoy views of the city.

The observation deck is located at 276m, the exterior Sky Deck at 300 meters, the revolving restaurant at 282m and the Megaview Banquet Hall at 288m.

Berlin has quite a few iconic landmarks and the Berliner Fernsehturm is certainly one of them. Originally a broadcasting tower before becoming a tourist attraction the tower now stands tall at 368m meters (1207 ft) and was completed in 1969.

The Tower makes for a nice evening with a bar located at 203m allowing you to sip on a cocktail whilst watching the sun go down. Slightly above this at 207m is the Sphere restaurant which slowly revolves over the course of 30-minutes to an hour offering a unique experience. Perfect for a special dinner out. Of course, it’s also possible to just visit the observation deck during opening times which might be a great activity to do with the kids.

The Eiffel Tower, of course, needs no introduction. This beautiful and historic tower is known throughout the world and is probably the most famous landmark in France attracting around 7 million visitors a year. The tower stands at 324m (1063 ft) and was completed in 1889.

A visit to the various floors is generally on most people’s lists and it’s possible to get the lift, or walk. For those wanting to save time then book your tickets in advance along with a skip the queue option.

A really nice experience when visiting Paris is to walk along the river at night enjoying the site of the Eiffel Tower glittering in the night from its beautiful lighting setup. Definitely one for couples.

The Oriental Pearl is a beautiful and unique tower located in Shanghai and which perfectly complements the city’s unique skyline. The building rises to a height of 468 meters (1535 ft) and was officially opened in 1994. The design of this building is quite special consisting of three braces, various columns and large spheres.

For tourists head up the various sightseeing floors with some located at 351m, 263m and 259m. And for travel photographers head across the Huangpu River where you’ll be able to capture incredible skyline shots.

The Canton Tower is a beautiful structure, lit up at night by a rainbow of colours. The Tower rises up to 600 meters (1968 ft) and is the second-highest tower in this list and the world (at time of writing). Similar to the Tokyo Skytree the exterior has a mesh type design and for exterior views then head across the river for some night photography. For those wanting a dining treat, you’ll find a restaurant on floors 105-106. For sightseeing visit the sightseeing decks which are around 433 up to 488 meters high. The Sydney Tower tops an impressive 309 meters (1013 ft) and is the highest point in the city. Built-in 1981 the iconic gold-coloured tower is both a tourist attraction and also used for telecommunications.

The observation deck called the Sydney Tower Eye is located at 250 meters and offers visitors 360-degree views of the city. On a clear day you can even see as far as the Blue Mountains which are 80km away.

Also near the tower and must-see attractions is the impressive Sydney Harbour bridge and iconic Sydney Opera House.

You may like:
Sydney Travel Guide
ADVERTISEMENT
CONTINUE READING BELOW

Although by far the shortest tower in this list The Space Needle is still a wonderful piece of architecture. With a futuristic design and topping 184 meters (605 ft) the Space Needle is now an iconic part of the Seattle Skyline.

For views head up to the saucer-shaped observation deck located at 158.2 meters. For those after a unique experience venture onto the world’s only rotating glass floor. If you want some time out and refreshments you’ll find Atmos bar and Atmos Cafe on the upper floors.

The Ostankino Tower was built in 1967 and is the highest tower in Europe at 540m (1771 ft). The building looks a bit like a dart reaching up into the sky and since being built has attracted more than 12 million tourists.

For far-reaching panoramic views head up to the observation deck at 337m, where you will also have the opportunity to learn more about the tower, its construction and features. Also available is a visit to the 360 rotating, coffee bar, cafe and restaurant. These are located at 334m, 331m and 328m respectively.

Most of the towers listed are members of the World Federation of Great Towers where you can learn more about those mentioned as well as many others that you may want to see. 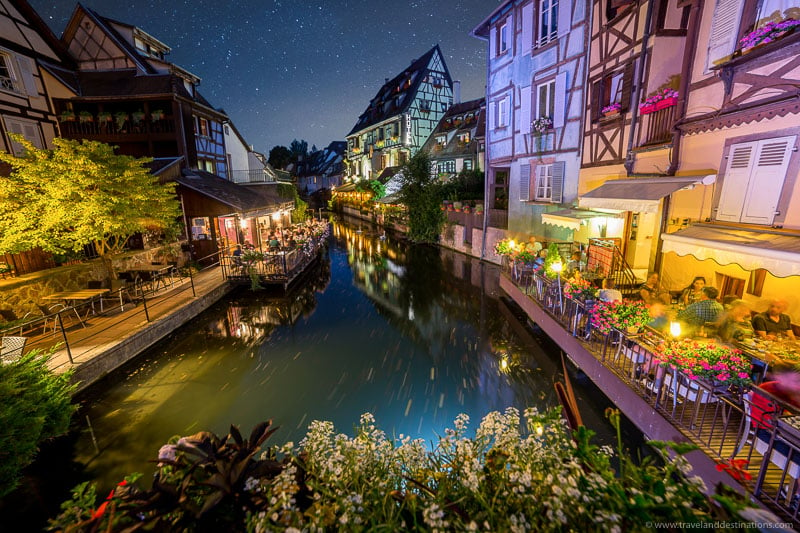 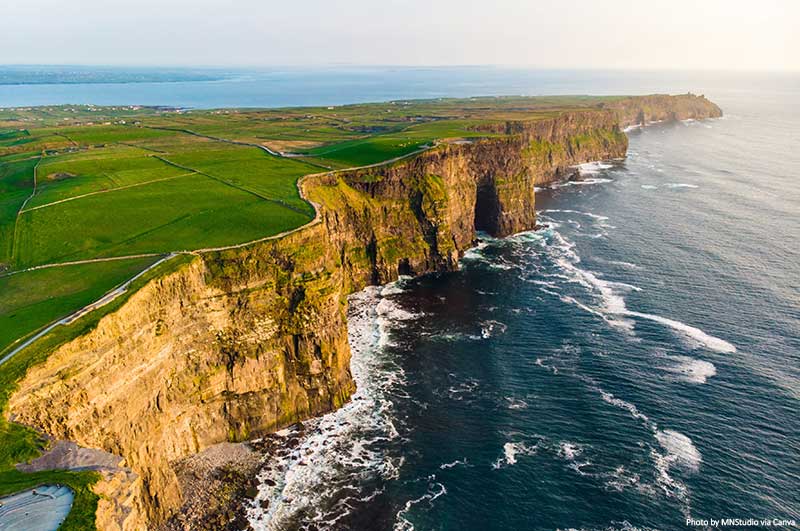 Best Experiences in Ireland for Foodies (Republic and Northern)