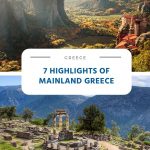 The Greek Islands often draw the most attention from travellers, with the white-plastered houses of Santorini, the party scene on Crete, and the perfect beaches of Zakynthos. But look beyond the parties and picture-perfect shorelines, and you’ll discover that mainland Greece also has many natural and historical treasures, as well as some breathtaking scenery.

In our list, we have included ancient cities, temples, and iconic nature reserves that are worth a visit when you’re travelling through mainland Greece.

According to many, Athens is the birthplace of modern civilization. Whether that’s right or wrong, it certainly is a gorgeous and historically significant metropolis. Across the Greek capital, you’ll find constructions that date back to Ancient Greece, and undeniably the most iconic is the Acropolis of Athens. This fortification sits on a hill in the middle of Athens and overlooks almost the entire city. Walking around, seeing the temples, and imagining the events of thousands of years ago is a must when visiting Athens, as the Acropolis embodies Ancient Greece.

Other historic must-sees in Athens are the Temple of Olympian Zeus with its majestic columns, and the Ancient Agora, remnants of an important gathering place in ancient Athens.

Apart from the historic architecture and atmosphere, Athens has a wide range of museums. For a deeper dive into Greece’s past, pay a visit to the National Archaeological Museum with age-old excavations and manuscripts. Art lovers shouldn’t skip Benaki Museum with its exhibitions on Greek folk and jewellery.

The National Gardens is an excellent spot if you want to unwind or take a break from cultural sights; have a picnic or visit the miniature zoo in this 16-hectare park. 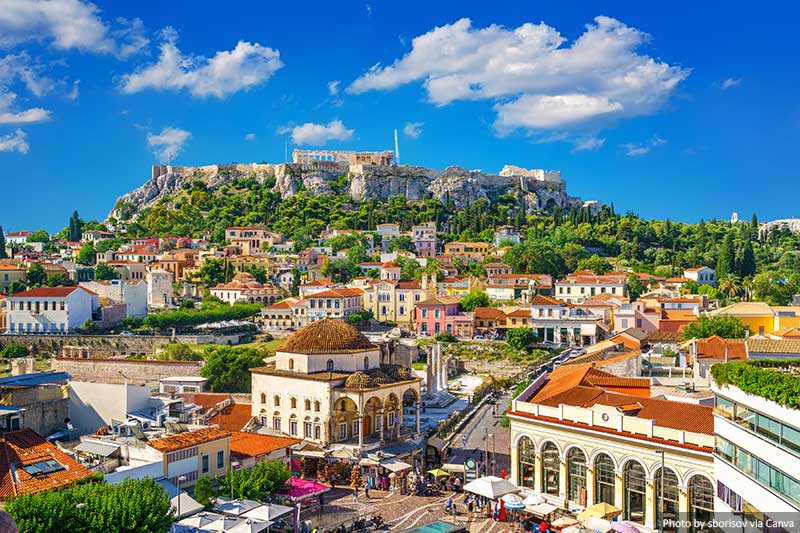 Not only theatres and temples remind travellers of Greece’s rich past and legends; Mount Olympus plays a significant role in Greek mythology as the place where the gods live. The highest of Olympus’ many peaks, Mytikas, rises 2918 metres above sea level. According to the myths, Mount Olympus is nothing less than the Throne of Zeus.

The most common activity is hiking on one of the trails in this World Biosphere Reserve and ascending the summit of Mytikas or Skolio (2911 metres). Reserve two or three days for the roundtrip to either of the peaks from the start of Prionia trailhead. On any track, you’ll see beautiful forests, streams, and small lakes.

Mount Olympus and its lush reserve are best reached from the town of Litochoro.

If you consider that Argos (Argus) was the son of Zeus in Greek mythology, you know you’re heading for a monumental place when travelling to the city of Argos. This municipality has been inhabited since approximately 3000 BC, and the remnants of all ancient civilizations are clearly visible throughout.

The stunning theatre probably is the most well-preserved structure from the Hellenistic period. By the time it was built in 320 BC, the theatre could host up to 20,000 spectators during dance and music performances. Nowadays, you can still climb up to the stairs and find a seat on the partially crumbled walls.

Other highlights in this old city are Larisa Castle, a picturesque ruin that sits on top of a high hill overlooking the town, and the intriguing Archaeological Museum of Argos with its findings from Ancient Greece.

Being home to a massive temple complex, Delphi – famous for its oracle – is another quintessential stop on a journey through historical Greece. This town in the south of mainland Greece used to be a sacred religious site to worship the god Apollo, and today the sanctum is what draws most visitors to this modest town. The Temple of Apollo is the eye-catcher in the expansive area, but the Olympic Stadium and the brilliant theatre are worth continuing the trail up for.

To get background information on the excavated religious complex, hop by the Delphi Archaeological Museum and admire the archaic statues, old excavations, and pieces of original Hellenistic columns.

The nature around Delphi is gorgeous. In the west of Delphi along the main road, you have splendid views of a lush valley; this plain is dotted with olive trees and surrounded by magnificent mountains. For even better views, walk a trail at Mount Parnassus. This mountain is a sanctuary for wildlife and a paradise for hikers, located just 40 kilometres out of town. In winter, this mountain becomes a popular place for skiing.

The Dadia Forest is a nature reserve in the far northeast of Greece, not far from the border with Turkey. The protected area of this forest, fully named Dadia Lefkimi Soufli Forest National Park is a haven for nature enthusiasts. Its high number of flora and plenty of rare animals makes Dadia Forest a national park of great importance in Europe.

Pine and oak trees dominate this reserve, that’s called home by 400 types of plants and much rare wildlife unique to the region. Out of four native European vultures, three live in the thick forests of Dadia. This is a prone area for spotting birds of prey; many types of eagles and hawks, and six species of owl can be found here as well. While exploring Dadia Forest, you might encounter mammals such as deer, wolfs, badgers, and otters.

As a visitor, it’s quite easy to discover the treasures of the woodland yourself. The Information Centre provides all info and shows documentaries about the park and its inhabitants. You can choose from four different walking trails; follow the yellow or orange route from the information centre to get to the Birds of Prey Observatory. Here, you can see vultures feeding on carcases from a distance, and eagles circling around. This lookout is one of the highlights in this nature reserve. Bring a binocular for better views of the birds. Nafplio is an utterly charming county in a bay, on the coastline of the Argolic Gulf. You’ll find all the ingredients that make old Greek towns so likeable; plastered houses, vibrant flowers, and tables of traditional tavernas spread over the cobbled streets. Due to its strategic location on the sea, Nafplio was a crucial player in the Greek trading business in the Middle Ages, but a continuous target for enemies as well. Fortifications constructed to keep foes out are still on display and accessible for the travelling public.

One of the most recognizable strongholds is Bourtzi Fortress, a structure that seems to float on the sea. This fort was built in the 15th century to keep pirates at bay and can be reached from Nafplio by boat.

If you’re down for an exercise, walk up to the Venetian Palamidi Fortress. Because of its young age – the fort dates back to the 18th century – the construction is intact, and quite impressive as well. From the top, you can enjoy the views of the sea, the bay, and the lovely town of Nafplio itself.

‘Spectacular’ and ‘beautiful’ are weak understatements to describe the enchanting spell Meteora puts on every visitor. This bundle of rock formations, located 350 kilometres northwest of Athens, isn’t your everyday pile of rocks. The flat surfaces of the stone pillars have a complex of monasteries built on them, which makes for an incredible sight. Especially the location in a valley truly makes the elevated abbeys stand out.

The current monasteries were constructed in the 14th century, but before that, monks already lived in caves carved into the rock formations. Most of the buildings are accessible, and a walking route connects all the monasteries.

The town Kalabaka is the base for exploring Meteora. From here, you can book a tour to the monasteries, or arrange a shuttle service to the start and explore the cloisters by yourself. If you decide to roam around by yourself, you can follow a forest track back to the town after seeing the last monastery.

The remainings of Greece’s age-old history give the mainland of this southern European nation its soul and charm. Although evidence of Ancient Greece draws most of the tourists to the country, there’s more to explore. Scattered over mainland Greece you’ll find temples, stunning monasteries, and fascinating nature reserves waiting to be discovered. 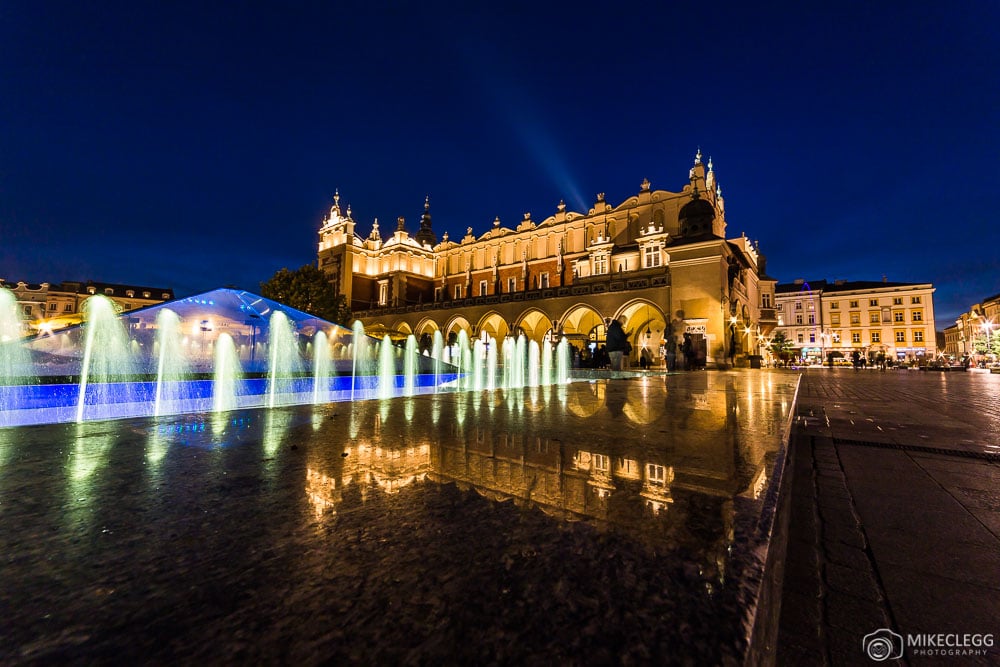 An experience in Krakow with Sheraton Hotels 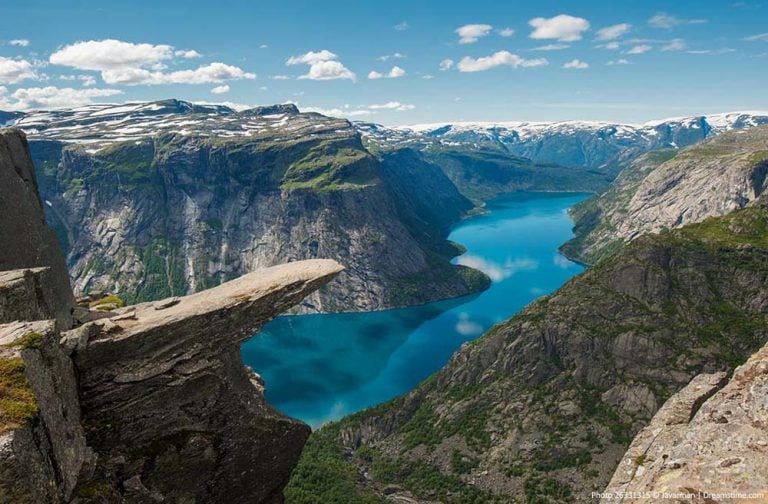 10 Best and Most Beautiful Places to Visit in Norway 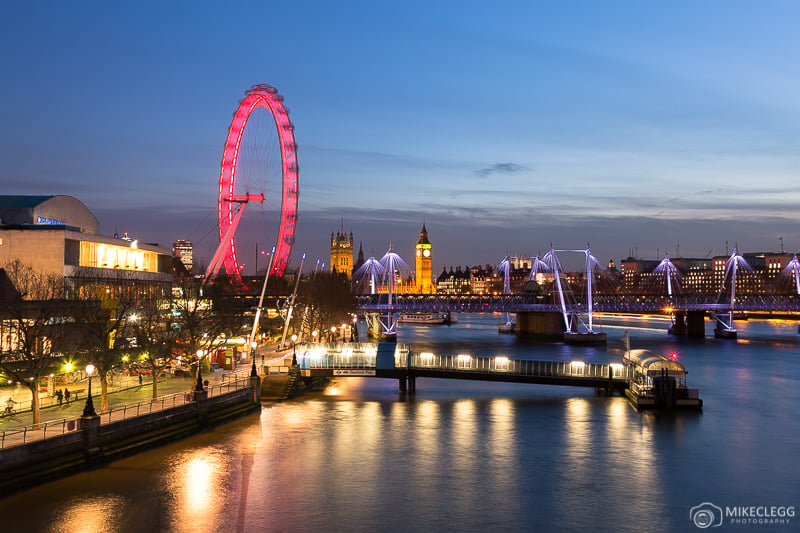