Disclosure: We've partnered with top brands and services and this page contains affiliate links which means we may get a commission at no cost to you if you click on our links and make a purchase. Thank you for your support. Read more.
Please note this article was originally published and is copyright of www.travelanddestinations.com.

Although there may only be seven official natural wonders of the world, we thought that there were plenty more worth exploring. From the impressive waters of Niagara Falls to the snowy peak of the Matterhorn in Switzerland, MyBaggage.com have narrowed down the top 15 natural wonders in the world.

Niagara Falls are famous the world around. Whether you see them in the summer sunshine or their wintery icy glory they truly are a sight to behold. Enjoy it from the viewing platform or if you’re feeling adventurous why not take a boat ride to watch the 3,160 tons of water flow over the falls every single second.

You may also like:
How to Get to Niagara Falls from Toronto

Perhaps the most famous canyons in the world. The Grand Canyon has been carved out by the Colorado River in Arizona over the course of 5 to 6 million years. At 227 miles long, 18 miles wide and with a depth of a mile, it’s not the biggest or highest canyon in the world. But the scale, colours of the rock and surrounding landscape make it a natural wonder worth seeing.

You may also like:
15 Best National Parks to Visit in the USA
ADVERTISEMENT
CONTINUE READING BELOW

If you want to see the raw beauty of the Atlantic Sea in all its glory then get to the Cliffs of Moher. Located on the west coast of Ireland, at the edge of Europe, the Cliffs stand at 702 feet at their highest point.

You may like:
Best Places to See in Ireland and Northern Ireland

Mount Bromo is the only active volcano on the island of Java. It is known for its breathtaking views at sunrise. Standing at 2,329m it isn’t the highest volcano in Indonesia however, viewing the sunrise and taking the stairway walk to the crater is a must.

You may also like:
5 Incredible Natural Wonders to See in Java, Indonesia 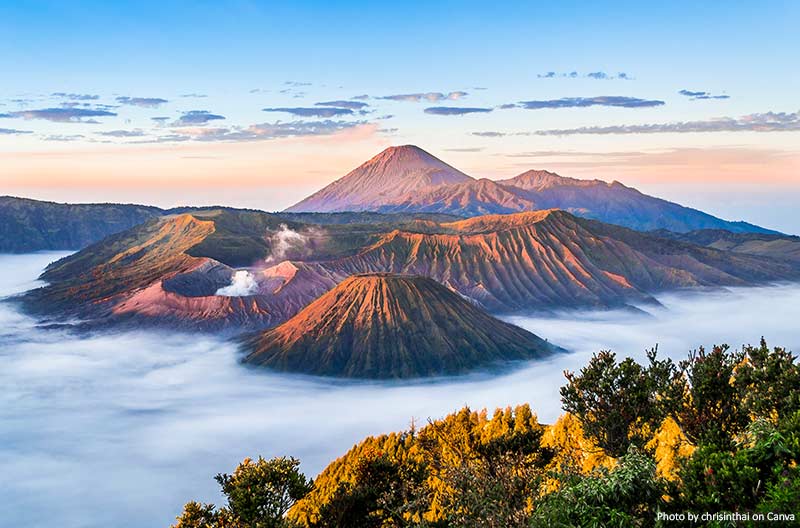 The Northern Lights in the Northern Hemisphere or Aurora Australis in the Southern Hemisphere are created by the collision of solar winds with Earth’s magnetospheres. They can be viewed from anywhere within the certain latitudes in the north and south. Pinks, blues, greens and yellows will light up the sky, but it all depends on the visibility and how severe the geomagnetic storms are.

Located in southwestern Bolivia, Salar de Uyuni is the world’s largest salt flat. This lunar-like landscape is popular amongst tourists hoping to get the best picture. All it takes is a thin layer of water on the salt flat’s surface to create a mirror-like appearance that extends into the horizon.

You may also like:
Bolivia Travel Itinerary: What to do on a 1-2 week trip 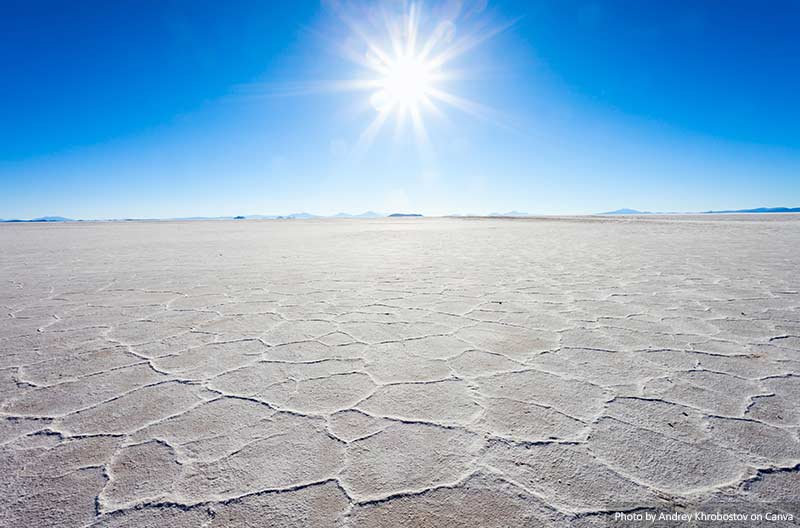 Ha Long Bay, located in northern Vietnam is made up of 1,600 to 2,000 islands and islets, many of which are uninhabited. The area became a UNESCO World Heritage Site in 1994. To enjoy the bay you must take a boat tour, there are also designated areas where you are allowed to swim. But the breathtaking limestone landforms and floating fish villages will make up for it.

You may like:
Most Beautiful Places to Visit in Vietnam 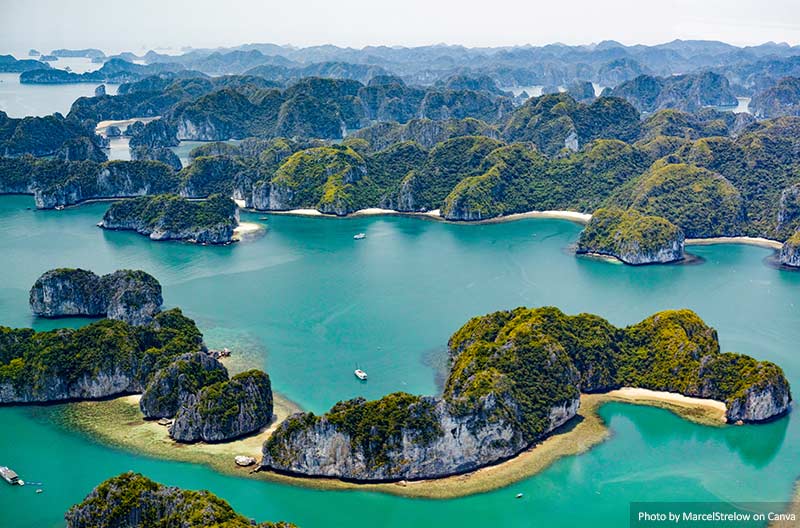 The Dead Sea borders the countries of Israel and Jordan. It is famous for being the saltiest body of water in the world, so salty you can even float in it! No organisms can survive in this water and it was one of the world’s first health resorts for Herod the Great. However, the Dead Sea is drying up. It’s thought one third has vanished already and every year more than 1 metre of the sea evaporates. 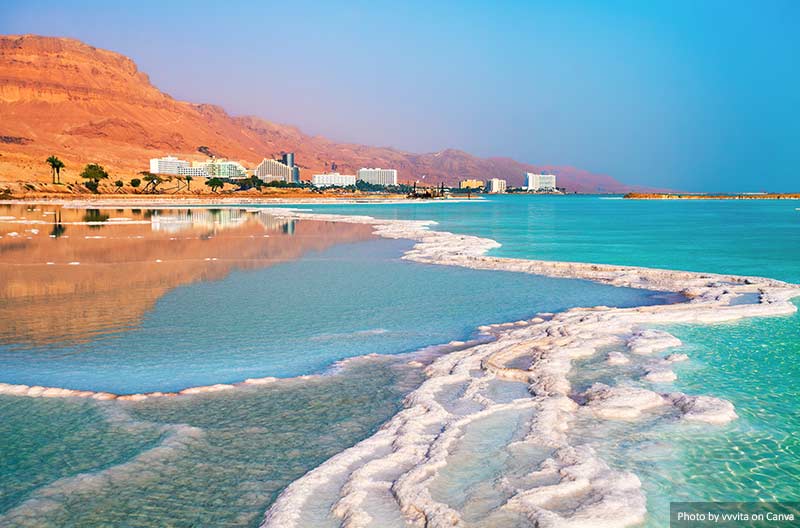 This little island is famous for being the inspiration for Charles Darwin’s theory of evolution. Situated off the coast of Ecuador they are home to their own unique enclave of species which you cannot find anywhere else in the world. When visiting, please be wary of your impact on this delicate ecosystem.

Read more:
Guide to Planning a Trip to the Galápagos Islands 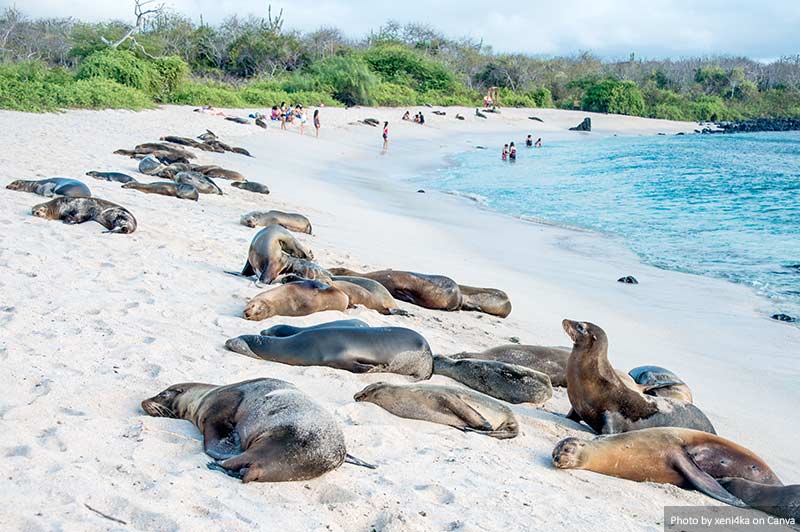 You may like:
10 Best and Most Beautiful Places to Visit in Ecuador

Mount Everest is the highest mountain in the world, with its peak measuring 29,029 feet above sea level. But don’t worry, you don’t have to make it to the summit to count as visiting, as long as you have seen Mount Everest in the Himalayas you can count as having visited it. 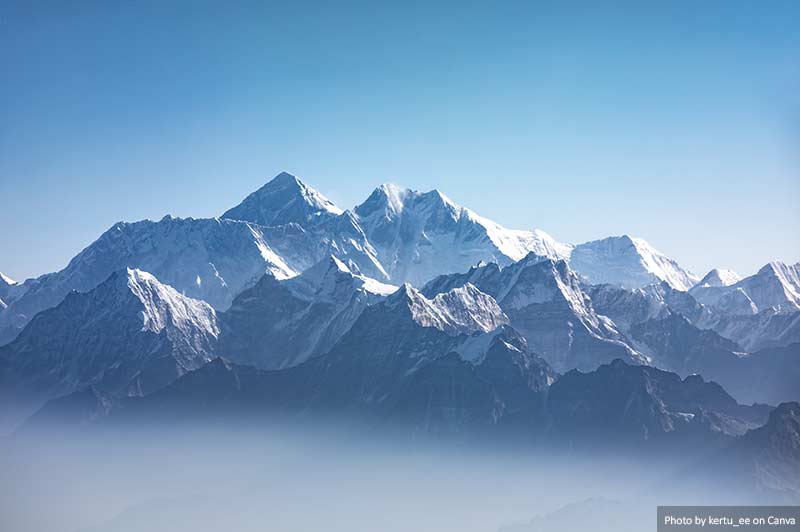 Uluru, also known as Ayer’s Rock, is located in Australia’s Northern Territory. It’s home to the Anangu Aboriginal people. The giant sandstone rock has a circumference of about 5.8 miles and is a popular attraction for tourists. However, please note that the Anangu Aboriginal people have asked tourists not to climb the rock as it holds cultural significance. So far there have been 35 deaths of tourists who did not heed this request. Climbing of the rock will be officially banned on October 26th 2019.

You may like:
10 Stunning Natural Landmarks to See in Australia

Situated on the border between Zambia and Zimbabwe, Victoria Falls is a famous curtain of water. It’s not uncommon for the falls to create rainbows amid the mist and surrounding rainforest.

You may also like:
10 Best Places to Visit in Zambia
You may like:
15 Incredible Waterfalls Around the World You Should See

Yellowstone National Park has plenty to see from the famous Old Faithful geyser to mud pots and hot springs. This natural wonder has been enjoyed by visitors since 1872 and offers plenty of sights to enjoy and explore.

The Matterhorn is a mountain located in Switzerland. It is known for looking like a pyramid chiselled from the rock. There is a Disney roller coaster which was modelled after it.

You may also like:
10 Best and Most Beautiful Places to Visit in Switzerland 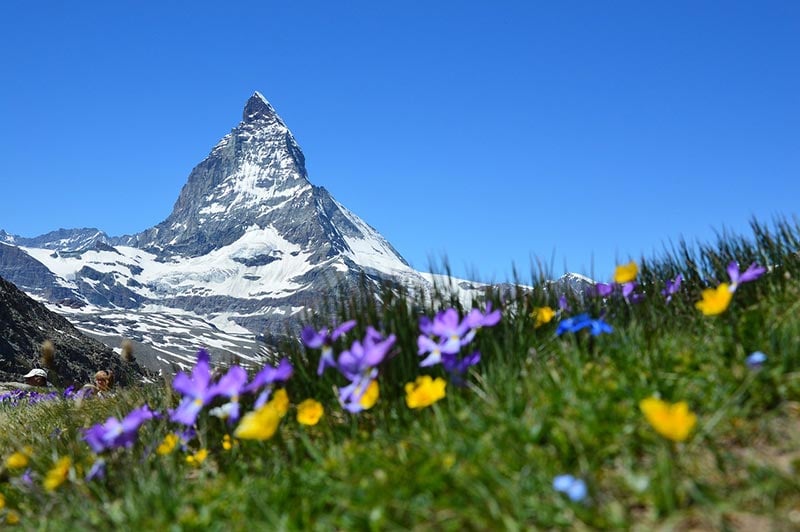 It’s hard to believe that Peyto Lake’s turquoise water isn’t actually a filter but is real! The colour comes from glacial rock flour, which is tiny rock particles that are created through glacial erosion. They are deposited into the water and create this pristine lake with its turquoise hues.

You may also like:
10 Most Beautiful Places to Visit in Canada

Our world is full of incredible natural wonders to see and you’ll likely find something remarkable in every country you visit. This article helped show you just a selection of some of the best that we’d recommend but there are plenty more out there.

For inspiration on man-made landmarks head over to 25 Famous and Incredible Landmarks to Add to Your Bucket List. 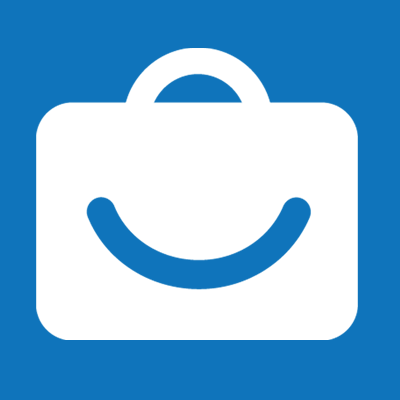 Stuart Cooke via My Baggage

They help thousands of tourists each year to take some of the hassle out of international travel. [Read My Baggage full bio]

If you would like to write a guest article so as to raise your profile then please get in touch
Noticed a mistake? Let us know.
More Booking Options 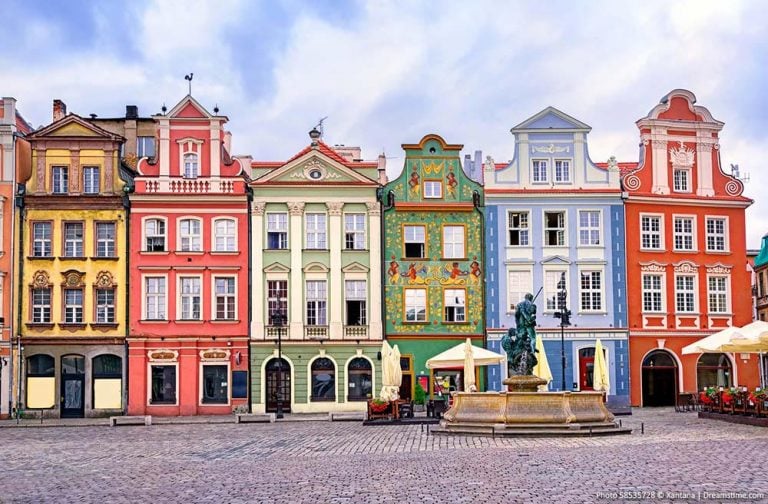 10 Best and Most Beautiful Places to Visit in Poland 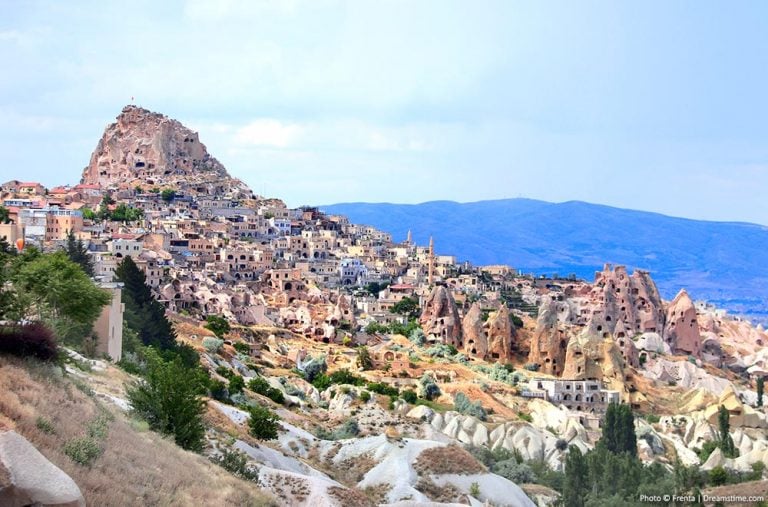 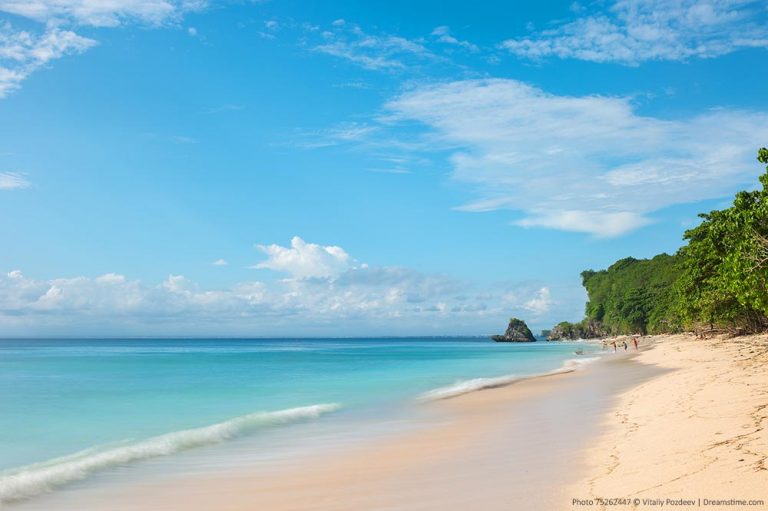 10 Beautiful Beaches to Visit in Indonesia